Our chamber is the premier Irish- American business organization in South Florida. We are an innovative and inclusive organisation that is dedicated to fostering the economic and cultural prosperity of its members by encouraging trade between the Irish- American community of the tri-county area of Miami-Dade, Broward and Palm Beach.

The South Florida Irish American Chamber of Commerce is the premier Irish-American business organization in South Florida. We are an innovative and inclusive organization that is dedicated to fostering the economic and cultural prosperity of its members by encouraging trade between the Irish-American community of the tri-county area of Miami-Dade, Broward and Palm Beach. Additionally, the SFIACC seeks to promote opportunities for reciprocal investment between the South Florida region and the island of Ireland. Our three-chapter chamber comprises a diverse membership base, spanning across a wide array of industry sectors and provides the easiest means to engage with Irish-American business community in our region. We are an independent, nonsectarian and apolitical organization. 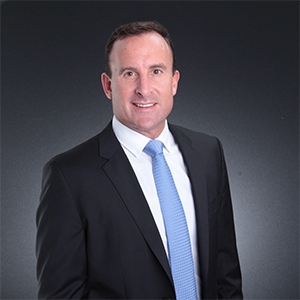 Seán P. Murray is a director of Barclay’s Luxury Real Estate Group and is a top agent in the Miami real estate market. He brings an analytical, yet very personal approach to real estate. With a background in accounting, with Grant Thornton in Ireland and being CFO and COO of a public relations firm and television company in past careers, he offers an invaluable corporate approach to the property market. He has advised major corporations on their relocation moves to the US and Miami. Seán is a director of The Atlas Club (boutique, luxury lifestyle management company – www.MyAtlasClub.com) and a director of QA Jets, a leading private Jet Broker (www.QAJET.com). Originally from Dublin, Ireland he lives with his wife and two children in Miami, and plays rugby for Miami Tridents RFC.
Conor Hayes, Vice President 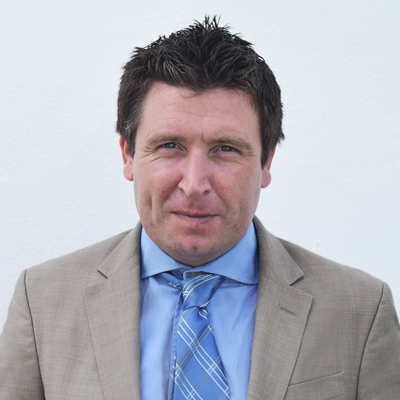 Conor is a Managing Broker at MHG Insurance Brokers, a full-service insurance brokerage that is recognized by the South Florida Business Journal as one of the best places to work in South Florida. Born and raised in Limerick, Ireland he has over 13 years’ experience in the international insurance arena, having worked as a broker in London and the Cayman Islands prior to relocating to South Florida in 2010. Conor is a noted technician in the field of corporate insurance and risk management with particular expertise in the marine-related businesses, construction and the hospitality industry. He holds numerous insurance-specific degrees and professional designations that underpin his very technical approach to the design, placement and management of risk and insurance solutions for his commercial clients. Based in Fort Lauderdale, Conor plays rugby for Miami Tridents RFC and is a keen martial arts enthusiast.
Shannon McDonald, Secretary 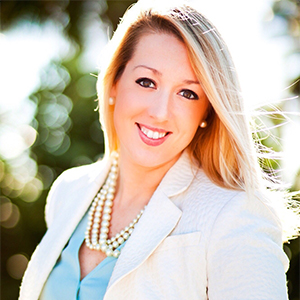 Shannon Quinn McDonald is originally from Ann Arbor, Michigan. She started her career as a Judicial Law Clerk for the Hon. Kathleen M. McCarthy after earning her J.D. from the University of Detroit Mercy School of Law and obtaining admittance to the Michigan State Bar in 2009. After this she went on to work for William Morris Endeavor, LLC, notably the world’s largest talent agency, in their Business and Legal Affairs department located in Beverly Hills, California. Upon admittance to the Florida State Bar in 2011, she has served as General Counsel to a private equity firm specializing in real estate investments. In 2015 McDonald & Associates, PA was formed in order to provide clients with exceptional legal guidance in the areas of real estate transactions and business law. Shannon now lives in Boca Raton, Florida with her husband and daughter and is an active member in the South Florida community, belonging to several organizations including the Palm Beach County Bar Association, the Florida Association of Women Lawyers, Femfessionals Boca/Delray Chapter and the Boca Raton Chamber of Commerce.
William M. Murphy, Chairman 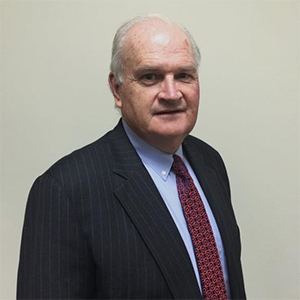 William M. Murphy is the founder and President of Douglas Management & Realty, Inc., a full service real estate investment company which has been a part of the South Florida commercial real estate landscape since 1990. Throughout his career in South Florida, Mr. Murphy has owned, operated and/or developed in excess of 3 MM square feet of office, retail and industrial property as well as 7,500 multifamily units. Mr. Murphy currently owns a managing interest in more than 6,000 multifamily units, 1 MM sf of office, industrial and retail developments, and more than 2,200 acres of land, a significant component of which supports a rock mining operation. Prior to forming Douglas, Mr. Murphy began his South Florida development career as a founding partner of SM Corporation in 1984. Several of his notable development projects throughout South Florida include: the Capital Bank Center, a 200,000 sf CBD retail and office building in Ft. Lauderdale, Executive Court at Jacaranda, a 90,000 sf office project in Ft. Lauderdale, Executive Court at Inverrary, a 90,000 sf office development in Lauderhill, and Executive Court at Cypress Creek, a 60,000 office property in Ft. Lauderdale.Prior to moving to South Florida Mr. Murphy spent nearly ten years in construction lending and real estate workouts for Chase Manhattan Bank. During his tenure at Chase, Mr. Murphy was responsible for “working out” more than 100 loans throughout the United States, including completing the construction on such notable projects as: Pinehurst Resort in North Carolina, the Sandestin Beach Resort in Florida, the Vistana Resort in Orlando, and Grandlibaken in Tahoe City, CA. Prior to joining Chase, Mr. Murphy began his career in planning and real estate feasibility studies in New York City in the early 1970s. William Murphy holds a Bachelor’s Degree in Civil Engineering from National University of Ireland (UCC) and a Master’s Degree in Urban Planning from New York University.Mr. Murphy currently serves on the Broward County Sheriff’s Advisory Counsel. He has served on various other boards in the past including: The Boys and Girls Club of Broward County, The Geo Group, Inc. (NYSE: GEO), and Correctional Properties Trust (NYSE: CPV).
James Campbell, Director 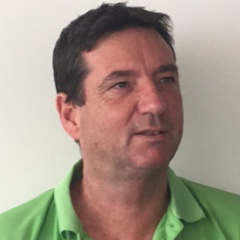 Originally from County Kerry, Ireland, James has over 30 years of high-level experience in the hospitality industry.  Educated at Rockwell Catering College in Tipperary, he has owned and operated several restaurants including the world famous ‘Ashes Seafood Restaurant and Bar’ in Dingle, Kerry and the ‘Riverhouse Restaurant On The Water’ in Fort Lauderdale.  Since relocating to South Florida 24 years ago, James has worked as an executive chef at numerous reputable hotels and restaurants prior to starting a successful yacht charter company, Anticipation Yacht Charters in addition to Riverfront Cruises, which operates a sightseeing tour of the Fort Lauderdale waterways. He is also the Co-Chairman of the Fort Lauderdale St. Patrick’s Day Parade & Festival. James divides his time between his local business endeavors and spending time with his wife and 3 children at the family home in Cork, Ireland.
Selina Regazzoli, Director of Marketing 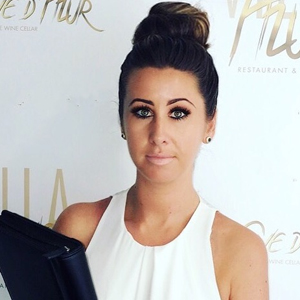 Project Management Director for Azur Hospitality Group in Miami and a native of Dublin Ireland, Selina began her career in the hospitality industry with Ireland’s largest & multi-award winning venue “The Wright Venue”, while completing her Masters Degree at the Michael Smurfit Graduate School. Her first season as Marketing Director for the globally renowned beach-club giants “Nikki Beach” in Saint-Tropez heightened the former Riverdance performer’s appetite for the luxury dining market while mastering the French language. With an MSc. in Marketing Practice, Selina relocated to Miami in 2012 joining forces with the partners of Azur Hospitality Group, collaborating to develop an array of quintessential dining venues, which today remains one of most exclusive Hospitality Groups in South Beach. 2015 saw Selina fronting the development of their largest project to date with four luxury F&B venues at the multi billion-dollar “Baha Mar Resort” in Nassau, Bahamas. Following the success of her inaugural pop-up restaurant for The Toronto International Film Festival 2016, she accepted the recent promotion to Project Management Director with the mandate of developing the brand in Europe, the Caribbean and the Americas.
Elaine Flynn, Director 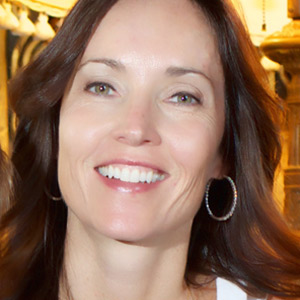 Elaine Flynn graduated in 1996 with an Honors LLB degree (Law) from The University Of London. She went from there to work in a family Property Development Company and acts as in-house legal advisor and Project Manager and is a Director of Equity Properties Ltd, Dublin. Elaine is also an investor in the Healthcare industy in Ireland with shareholdings in two of Ireland’s leading private hospitals, the Blackrock Clinic and Hermitage Clinic, both in Dublin. She maintains an interest in the Irish Bloodstock industry through Ballinteskin Stud in Enniskerry. In 2012 she re-located to Palm Beach in order to extend the family’s property interests in the USA and has been active in the leisure and residential development sectors in Palm Beach through Flynn Leisure LLC and Equity Enterprises Inc. The latter company is commencing a 200,000sq ft mixed use development project on Atlantic Avenue, Delray in 2017. She lives with her 3 children in Palm Beach.
Thomas McDonald, Treasurer 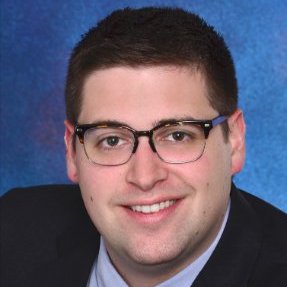 Thomas McDonald is a Senior Tax Associate with EisnerAmper LLP. With over five years of experience in public accounting, he has provided tax and accounting services for individual, partnership, and corporate clients in South Florida. Thomas has worked closely with clients in the fields of healthcare and real estate, as well as servicing the needs of high net worth individuals. A South Florida native and graduate of the University of Miami, he holds a B.B.A. in Accounting and M.S. in Taxation.

The fundamental purposes of the SFIACC are twofold – to promote the economic well-being of its members and to strengthen our region’s ties with the island of Ireland. We continually strive to be a credible forum for raising matters of mutual interest, business-related or otherwise, to the South Florida Irish-American community and to those who wish to do business with our community. We accomplish this by:

Hosting regular business networking events. Check out our next events

on contemporary topics of business and cultural interest to the Irish-American community. Check out our next events

of economic, cultural, educational and societal developments in the island of Ireland by regular publication of news articles on our website and through multiple social media.

Longer term initiatives that are currently in development include a mentoring program to foster inter-generational links within our community and the creation of internship programs with colleges and universities in both the Republic of Ireland and Northern Ireland.

The South Florida Irish American Chamber of Commerce offers a tiered membership structure that recognizes the diversity of its members and provides the option to participate in the chamber at a level that suits their own needs. Regardless of the level selected all members benefit from new business generation through inter-organization referrals as well as unique marketing and advertising opportunities. However, there are many more advantages that come with being part of a network of major business in the local community and abroad.

$5,000 PER YEAR
Our most prestigious level of membership that is designed for corporations seeking access to the highest level of decision makers.
Learn more or Apply!

$1,500 PER YEAR
Our second highest level of membership. These significant companies are recognized as being indispensable to the success and viability of our organization.
Learn more or Apply!

$395 PER YEAR
Designed for corporations that recognize the value of being part of the premier Irish American business networking organization in South Florida.
Learn more or Apply!

$95 PER YEAR
Suited for individuals who are not affiliated with any specific business and/or have an interested in Irish American relations.
Learn more or Apply!

Letter from An TaoiseachDOWNLOAD OUR MEMBERSHIP BROCHURE

If you are interested in becoming a member but you have further questions, please let us know. We will be glad to answer.